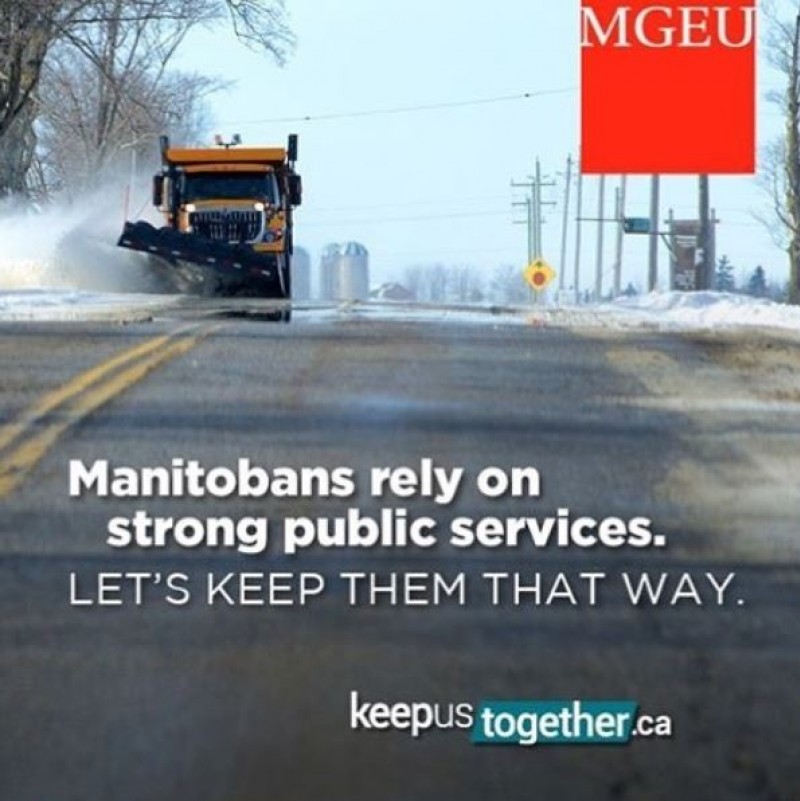 In Ontario, safety was compromised in the pursuit of private profits. Why is the Pallister government going down the same risky path?

Privatizing highway snow clearing will not reap the financial savings the province seeks, while it will deteriorate the service and threaten road safety.

Winter is here in Manitoba! As the snow continues to fly, we know the importance of having roads cleared quickly and properly after a winter’s storm to ensure families, emergency vehicles and transport trucks can travel safely. I was born and raised in northern Manitoba and frequently travel rural roads and highways to and from my home in Vita. That’s why I’m concerned about the direction the Manitoba government is headed in its push to contract out snow clearing to private industry and devolve work to municipalities.

The Department of Infrastructure has been undergoing a full review of services to determine what should be privatized, contracted out or sold off for well over a year. Last summer, the province auctioned off numerous plow trucks and other equipment typically operated by seasonal staff hired for winter road maintenance. Last winter, nine tenders were issued for snow clearing. This winter, the province has issued 16 tenders for more than 55,000 pass kilometres of snow-plowing work. The contracts vary in value and the approved bids are anywhere between $7 to $45 per kilometre, plus "standby" fees ranging from $110-$850 per day. This huge variation in bids and contract details makes you wonder if taxpayers are getting good value for their money.

We will not have safer, better-maintained roads after all of these contracts and side-deals are done. What was once an interconnected and organized network of snowplows is becoming a disconnected patchwork of private operators and business interests.

The No. 1 priority and the most important factor in all of this should be the public interest, which is road safety.

Lessons learned from Ontario show that contracting out snow clearing to the lowest bidder led to higher costs and poor service in the City of Toronto and across the province.

This past year, the Auditor General of Toronto published a report estimating the city overpaid $31 million over five years due to non-compliance and standby payments to profit-motivated contractors. The results are not surprising and replicate the provincial experience in Ontario after the province privatized winter highway maintenance in 2000.

In 2015, when the quality of the privatized service was called into question by drivers, the Auditor General released a scathing special report that revealed contractors started using less salt, less sand and less anti-icing liquids on highways, which they patrolled less often in order to maximize their profit. The report also stated that the average clear time had more than doubled from the year prior to privatization.

Safety was compromised in the pursuit of private profits.

Why is the government going down the same dangerous path? Why are they trying to fix provincial snow clearing operations when they aren’t broken?

What is clear to me is that privatizing our highway snow clearing would not reap the financial savings this government is looking for, and it certainly won’t improve the quality of the service or the safety of our roads.