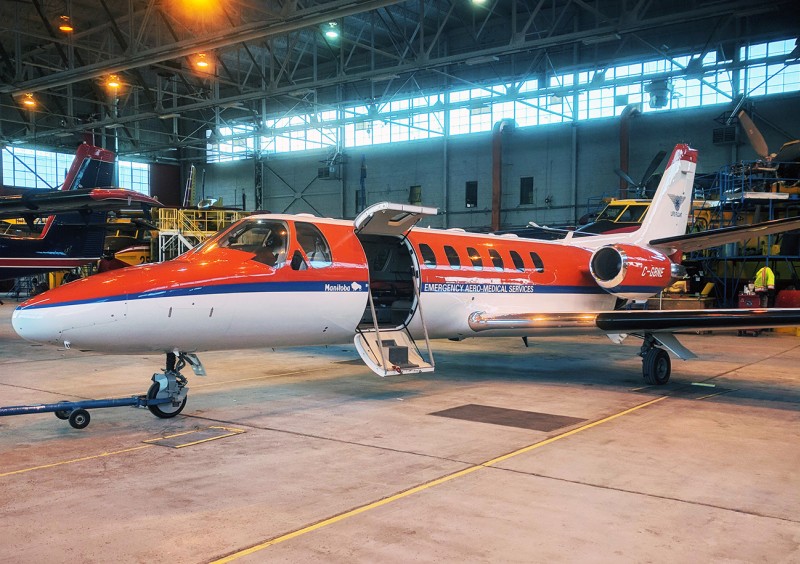 There’s an age-old saying: “you don’t know what you have until it’s gone.” There couldn’t be a more accurate statement when it comes to what once was Manitoba Government Air Services (MGAS) and its flagship program, Manitoba Lifeflight.

MGAS provided specialty aviation transportation services to support vital public services across Manitoba, including the Lifeflight critical care emergency air ambulance service and aerial fire suppression (water bombers). The MGEU was proud to represent members from MGAS who were passionate about their jobs. They were highly trained, experienced professionals who poured everything they had into building the service to what it was. The service they built over several decades was recognized for excellence in aviation services in Manitoba’s challenging environment.

Lifeflight was an advanced service borne out of a tragic incident in the 1980s. The central learning of that tragedy was the need for a government air ambulance program with the capacity to meet the unique needs of rural and northern Manitoba.

The service they provided to Manitobans was second to none — a reliable, efficient and safe air ambulance program that serviced Manitobans no matter how far north they lived. Unfortunately, in its final years, the provincial government starved the service of much-needed investments, setting it up to fail. After failing to invest in staff and the servicing of the aircrafts, the government used staffing challenges and growing capital investment needs to justify the program’s demise.

Once the government’s desire to privatize the service became known, doctors, critical-care nurses, patients and pilots expressed serious concerns about the potential risks to patient care with a privatized service. They noted that the MGAS/Lifeflight program had developed unique capabilities that private operators could or would not be able to replicate. Despite these warnings from the experts, the current government would not listen and insisted on privatizing the service, beginning in July 2018 with a request for proposals (RFP) for the private operation of Lifeflight.

Now, the province has issued a second RFP for continued private operation of the service. This commitment to privatization continues without there having been a thorough, transparent and independent review of patient safety, flight safety and costs over the first four years of having this critical public service privately delivered.

We already know of at least one reported critical incident that resulted in the tragic death of Krystal Mousseau, who passed away in 2021 after a failed out-of-province transfer. This incident must be fully investigated through an open and transparent public inquiry. How many more critical incidents have there been? Are these flights being staffed by qualified staff? Are pilots well trained and experienced enough to be flying in inclement weather or taking off and landing on short runways? Manitobans who depend on this critical service deserve these questions to be answered before the government doubles down on privatization.

There is reason to doubt the government’s claims that privatization will save money. Around the same time Lifeflight was privatized, the Manitoba government signed a 10-year lease with a subsidiary of multinational corporation Babcock International to maintain and operate Manitoba’s fleet of water bombers. Babcock then sub-contracted with another company called AirSpray to provide the aviation licence and pilots to fly the planes.

The minister at the time stated that the agreement would result in $1 million in savings annually. However, over the last three years, the government ended up sending an additional $4.1 million to Babcock for maintenance costs above and beyond the original price tag. Are Manitobans actually getting value for their money? A full public accounting report must be undertaken to ensure service standards are being met and that public money is being spent efficiently.

The government was keen to “audit” all public programs prior to these privatization schemes. It only makes sense to follow up to determine whether these deals were truly in the public interest.

These recent examples should be a stark reminder to Manitobans: don’t underestimate the damaging impact of privatization. As Manitobans, we should be paying attention because after all, you don’t know what you’ve got until it’s gone.

This blog post was previously published as a letter to the editor in The Brandon Sun (May 18, 2022).