What good is a balanced budget if you don’t have people working and paying taxes? 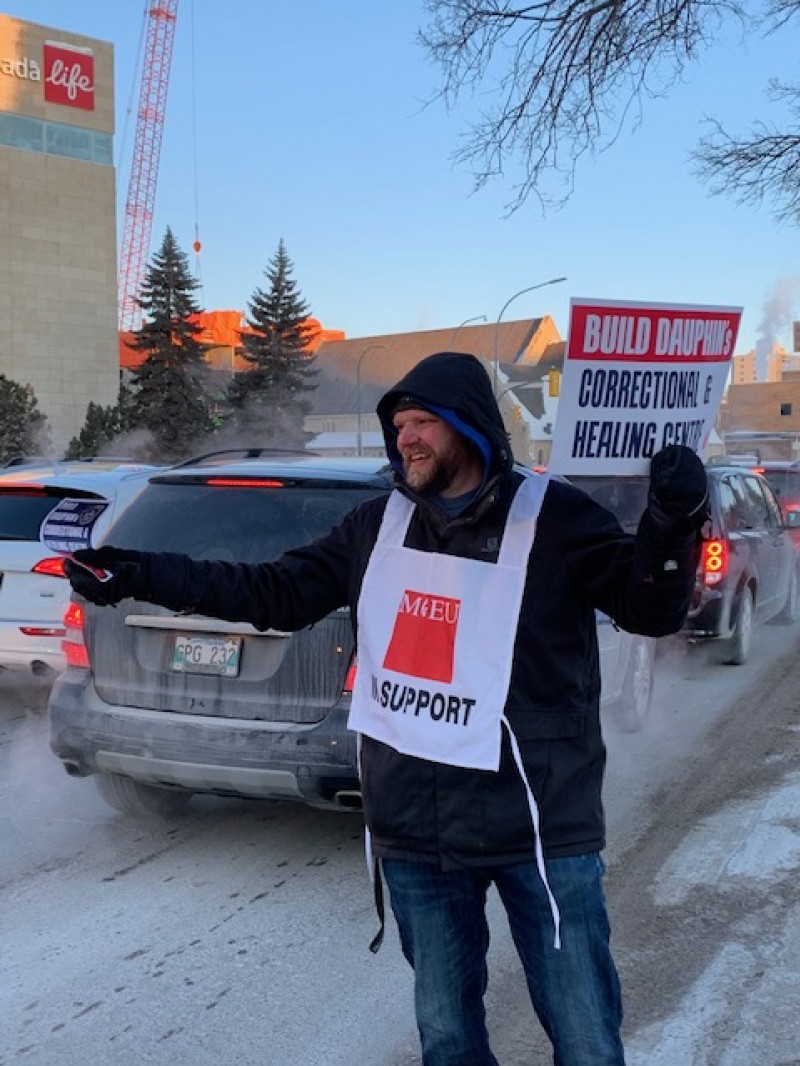 On February 19 at 7:00 am, I attended a demonstration at the Legislative Building in an effort to persuade the government to reconsider closing the jail in Dauphin.

I don’t belong to the union but was there to support my god-daughter and her husband (who works at the Dauphin jail). They are a young couple with two kids, a mortgage and car payments and only one full-time income.  Now, with little notice, they will be forced to sell their home, uproot their kids, find jobs and relocate.

It was a peaceful protest and as cars turned in to the Legislative grounds they were offered a pamphlet briefly outlining the union’s position. One quote on the pamphlet pointed out that 80 jobs lost in Dauphin would be equivalent to 8,000 jobs lost in Winnipeg. Most cars stopped and took a pamphlet but our Premier and several of his cabinet ministers drove by without acknowledging the demonstrators or took five seconds to roll down their window to take a pamphlet.

By driving right by, they chose to ignore the union members in much the same way as their government has chosen to ignore the 80+ jobs in Dauphin. They were elected to serve all Manitobans. To ignore those who were participating in a peaceful demonstration shows a lack of respect. Elected officials don’t have to agree with everyone, but they should at the very least show enough respect to acknowledge those who drove in from Dauphin at 3:00 am in the morning or from The Pas the night before as well as all the others who walked in -23 degree weather for several hours to try to make their case.

I would urge the government to take another look at keeping the jail in Dauphin open, not only to protect those much needed jobs, but also to help with the restorative justice movement to keep inmates close to their families. The majority of the inmates in the Dauphin jail are from Dauphin area and north. Relocating them to southern jails will only separate them further from their support systems and set our judicial system back decades.

What good is a balanced budget if you don’t have people working and paying taxes?  Manitobans need to be concerned about the cavalier attitude of our government and let them know this is not acceptable.