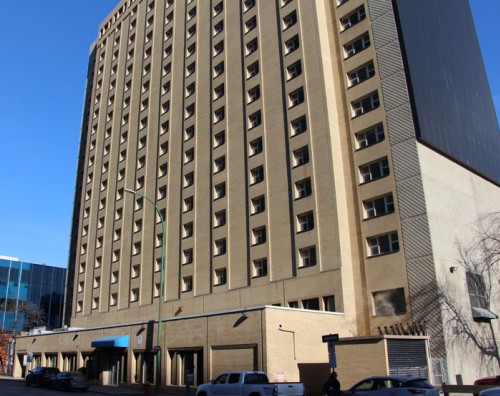 When the government hired private consulting firm KPMG to deliver a “value for money” audit of all public services, the request included a review of the province’s social housing system along with options to transform it.

Bowing to public pressure, the province recently released part of the report that KPMG delivered. It included what they called “three long-term transformation options” on social housing for the Province to consider:

All three options are privatization, plain and simple, albeit in varying degrees. That is troubling, because the sole purpose of public housing is to provide a roof over the heads of those who cannot afford to own their own home or rent within the private system. It’s hard to see how providing affordable public housing can be a private money-making venture without low-income families in Manitoba paying more than they currently do.

While the province looks at the three options, KPMG also offered short-term recommendations to save money. One of those recommendations is for the government to “consider policy changes to limit eligibility of Rent Assist to those most in need,” in order to make it more difficult to qualify for assistance. It’s unclear what measurement would be used by the government to determine who is “most in need.”

They also recommended that Manitoba Housing and all government departments involved in social housing be consolidated. These measures would include cutting staff and significantly reducing the number of organizations currently involved in providing and supporting social housing.

KPMG also recommends that they defer new capital builds and lease from the private sector wherever possible, while selling publicly-owned properties to the private sector. These recommendations are really just getting an early start on moving ahead with one of their three long-term options. It’s a terribly short-sighted idea, since a temporary influx of money will never offset the ongoing revenue the government needs to provide public housing.

And how will selling buildings increase the supply of affordable housing?

As others, like Jim Silver, University of Winnipeg Professor of Urban and Inner-City Studies, have pointed out, privatizing our public housing would not likely result in any new affordable housing being built.

“On the contrary, existing Manitoba Housing units are to be sold, and once they are in private hands their future price will be market-determined and thus beyond the financial reach of low-income people. Rather than adding to the supply of low-income housing, the KPMG proposal, if implemented, would reduce the supply.”

The truth is, implementing KPMG’s recommendations will only force Manitobans further into poverty and create more social problems. These actions can only be considered a “solution” when viewed very narrowly from a bottom-line perspective where other, more important, social and economic factors aren’t even considered.

And that is the main problem with viewing social housing as a business venture. Private builders and developers build and manage housing for profit. When it comes to social housing, the profit just isn’t there unless you raise rent substantially – and that goes against its very purpose.

By recommending that the government open the door to the private sector, KPMG has done nothing but highlight their lack of understanding of the purpose of social housing: to provide a roof over the heads of those who need it most. Raising rents, making it tougher to qualify for Rent Assist, and cutting Manitoba Housing staff will not help these Manitobans – it will hurt them.

That is why the government should ignore these recommendations. Instead, they should consult with those who live in social housing and those who work in the sector or study it. They are far better qualified to provide the insight that the government needs on such a complex, important issue.