Standing Up for a Fair Canadian Drug Plan 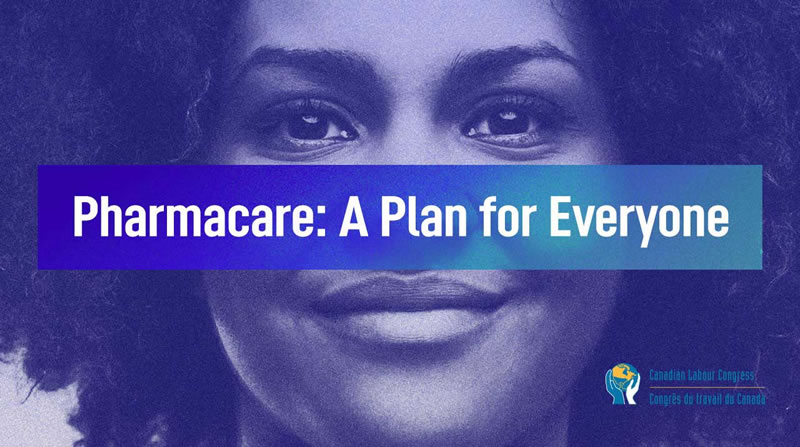 The Canadian Labour Congress recently launched a campaign designed to highlight the need for a national drug plan and demonstrate to Canadians the benefits of introducing one.

We’re rightfully proud of our medicare system that ensures that all citizens are provided with health care regardless of how much they earn or where they live. We’re all equal under our public health care system.

But there’s a problem. The system has a glaring hole in it – Canada is the only developed country with a public health care plan that doesn’t include prescription drug coverage. As a result, according to the CLC, some 3.5 million Canadians are unable to afford the medications they need. Approximately 8.4 million working Canadians don’t have prescription drug coverage. And younger workers and women are disproportionally affected because they’re more likely to work in part-time, low-wage or precarious jobs.

But even Canadians who have coverage through their employer are paying more and more out of their pocket because of ever-increasing co-payments and deductibles. A universal plan would mean a level playing field for all workers.

Nobody should be forced to choose between paying for groceries and paying for their prescriptions. Canada’s patchwork system – where each province has a different drug benefit plan – is so inefficient and expensive that only the United States has higher drug costs. Inconsistent and uneven levels of coverage across the country mean that Canadians are often paying different rates for the same medications.

To draw attention to this problem, the CLC has unveiled a campaign for a universal prescription drug plan that covers all Canadians. The campaign, entitled Pharmacare: a Plan for Everyone also has a petition on its website that you can sign to lobby the federal government and let others know that you support this initiative.

Some mistakenly believe that a federal drug plan means increased federal spending on public health care. But it’s been demonstrated that an annual investment of $1 billion by the federal government will save Canadians about $7.3 billion a year on their medications. By combining the purchasing power of all Canadians under one plan, we can save money and keep more Canadians healthy.

There is also public support for a federal plan. The CLC cites a 2015 Angus Reid poll that found that 91 percent of Canadians believe our public health care system should include a national prescription drug plan. Several national healthcare commissions and medical associations have recommended the same.

It’s time for Canada to repair this glaring gap in our health care system. Sign the CLC petition and spread the word about the campaign on Facebook and Twitter. Let’s stand up for a fair and equitable Canadian drug plan.