Headingley Riot Still Has Lessons for Us Twenty Years Later 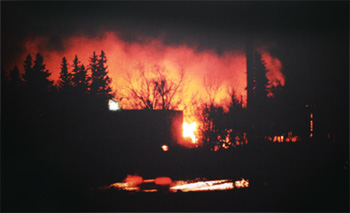 On April 25, 1996, a riot broke out a Headingley Correctional Institute and its lessons remain just as relevant twenty years later.

ON APRIL 25, 1996, a riot broke out at Headingley Correctional Institute. In the wake of an evening of carnage, ten guards and over thirty prisoners were violently beaten by rioting prisoners before order was restored. It was a disaster that Corrections workers had been predicting for years ― and its lessons for us remain just as relevant twenty years later.

In the early 1990s, Corrections management introduced a number of policy changes intended to assist inmates in coping with their time in jail and to prepare them for release. The new buzzwords became “case management” and “dynamic, open security,” and there was much merit in these changes. Unfortunately, Correctional Officers had been predicting problems from the start, due to two critical challenges:

1. It was a time of severe financial restraint within government, so instead of social workers or probation officers performing these new tasks, Correctional Officers were being asked to take on a new role for which they had limited training;

2. This coincided with the growth of urban street gangs in Winnipeg, which created a host of new security problems, including increased violence, defiance and drug use in Manitoba jails.

Or, as one Correctional Officer put it in the months following: “Too many people were managing Corrections who had never worked on the floor in their life. They had no concept of what an officer had to deal with.”

In the wake of the riot, this led to workers at the Winnipeg Remand Centre, Brandon, Headingley, Egg Lake, and The Pas Correctional Institutions, and the Manitoba Youth Centre refusing to work over concerns with training, monitoring, equipment, staffing levels, and security. And these workers did not return to their jobs until the government committed itself to an independent inquiry into the causes of the riot and improving security in Correctional institutions.

Could the 1996 disaster and disruption been avoided? Very possibly. According to the inquiry report, Justice Ted Hughes agreed with one witness who described morale at Headingley as “lower than a snake’s belly in a wagon rut.” Hughes described the labour relations climate at the jail as nothing short of poisonous and called for the establishment of a Joint Labour-Management Committee, which remains in place today.

Have we learned from our mistakes? Correctional Officers continue to struggle not simply with overcrowding in our jails, and they say the promised new facility in Dauphin will only do so much to relieve the pressure. Every day, they struggle with insufficient resources to perform what is a critical balancing act: ensuring secure incarceration of increasingly violent and repeat offenders, while also offering the kind of programming that can provide positive options for offenders when they inevitably return to our communities. If you talk with Correctional Officers today, they’ll tell you that addressing such challenges must in fact begin much earlier, by sufficiently funding early intervention programs for youth-at-risk.

Corrections work will always be a tough and stressful job. And the system itself is one most of will avoid thinking about much, unless we have to. But if we’ve learned anything from the events twenty years ago, it’s that it’s always a good idea to listen to those on the front-lines who know our Corrections system from the inside-out.