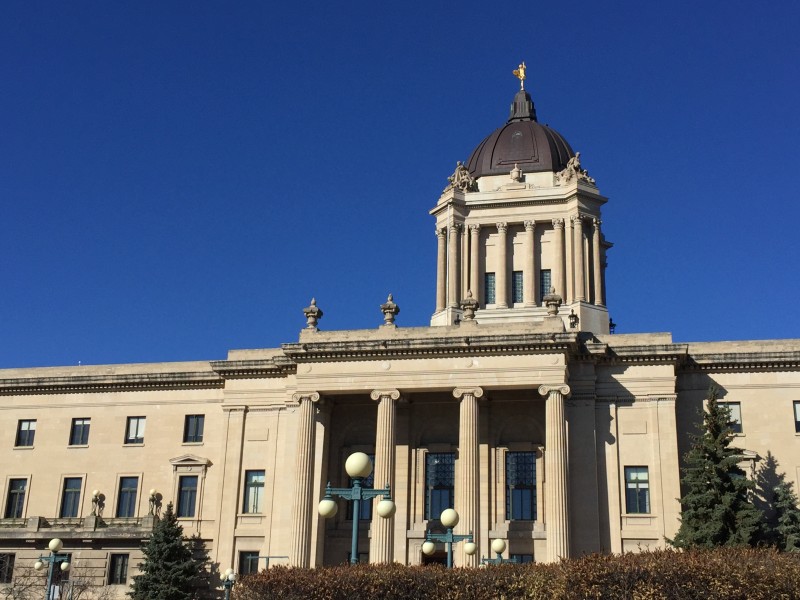 COVID-19 has upended communities and economies across the globe. Canadian political leaders have taken unprecedented steps to slow the spread of COVID-19, including the closure of non-essential businesses, schools and universities. These measures, while necessary, have led to a severe drop in economic output and employment. In response, governments in Canada, as elsewhere, are intervening in economic affairs in a manner not seen in generations. The scale of the crisis and its exposure of woefully inadequate social safety nets has led to even established conservative voices calling for a permanent growth of the role of government in the economy.

The approach of the Manitoba government has been restrained compared to other Canadian jurisdictions, particularly with economic measures and supports aimed at low income Manitobans and workers who have lost their jobs. Many of the economic measures announced to date have taken the form of tax and payment deferrals, as opposed to flat rate cash benefits that have played a role in the federal response.

This week the provincial response appears to be moving from lackluster to straight-up counterproductive. Two sets of austerity measures aimed at cutting provincial costs are planned. The first is reducing the employment and wages of public sector workers, with a target of $500 million (but under some scenarios discussed would be as high as $900 million). The second measure is to cut spending by $750 million through other spending control mechanisms.  This has involved directing government departments to compile lists of service providers funded by the province, for the purposes of making cuts to these organizations.

The lack of support and cuts are in stark contrast to the way other provinces are responding. The Manitoba response is the opposite of what standard economic theory would suggest in a recession. Maintaining government employment and spending supports the overall “aggregate demand” for goods and services. This demand creates sales for businesses and supports jobs.  Economists statistically quantify these effects with multipliers reflecting how $1 in spending in the economy leads to more than $1 in economic activity, because that spending is revenue for someone else, and in turn stimulates more spending/revenues, etc. The opposite is also true, with spending cuts having negative ripple effects throughout the economy.  This is a big part of the reason the Government of Canada has come up with several programs to flow money to Canadians during this crisis.

We can use multipliers to estimate the overall impact of the proposed Government of Manitoba cuts on labour incomes, income tax revenues and economic activity in Manitoba. To cut public sector employment, the government is proposing a federal workshare program where “non-essential” government workers would be reduced to working two or three days a week while the federal government would pay benefits for the remaining two or three days at 55 percent of salary, up to the maximum annual insurable earnings of $54,200.[1] For the public service as a whole, we estimate they will keep on average 67 per cent and 78 per cent under the two scenarios.

Using the multiplier approach,[2] we estimate that the combined impact of the proposed workshare program and $750 million in additional cuts will result in:

The provincial government claims that COVID-19 expenditures and lost revenue will require a $5 billion increase to the provincial deficit, pushing us to the edge of a looming “fiscal cliff”.  This $5 billion fear-mongering assumes that the monthly deficit increase being experienced now will continue for the entire fiscal year.  This is not consistent with economic forecasts that predict the impact to be concentrated in one or two quarters of 2020 as social distancing measures are gradually relaxed. As a comparison, the $5 billion works out to approximately $3,650 per Manitoban, while all of New York state, with a current infection rate 70 times that of Manitoba, is estimating a fiscal impact of $770 US per person.

Even giving the province the benefit of the doubt on the questionable $5 billion estimate, what would be the actual impact of fully funding this amount through government borrowing?  This is an important question, as the government should be borrowing at this time. Our debt is currently at $26.7 billion. The most widely accepted measure of the effect of debt on the economy is the debt to GDP ratio (debt/GDP). Going into 2020, GDP was around $74.8 billion, so our debt/GDP was 34.3 percent. Although this is higher than what it was ten years ago, it is a perfectly manageable ratio.

The $5 billion extra debt will put our debt up to $31.7 billion.  We know that our economy, like every other economy in the world, is going to shrink. Assuming a 3.1 per cent reduction, our GDP could fall to $72.5 billion. That will bring our debt/GDP to 44 per cent. A 44 per cent debt/GDP ratio is underwhelming given the enormity of the crisis we face. In fact, this new ratio is still less than some other provinces had in 2017.

There are two moving parts to the debt/GDP ratio; if the Manitoba Government spends and allows the debt to increase, the economy is stimulated, increasing GDP. Shoring up Mantioba’s economy now will increase our capacity to weather the crisis, rescue our businesses, grow in the future, and repay the debt later.

How much of a difference would this borrowing actually have on our debt servicing charges? Assuming we were to borrow the $5 billion at Manitoba’s going rate of 3.2 per cent for a thirty-year bond, we would incur debt servicing charges of $260 million/year. Dramatic as this number sounds, the PST cut in 2019 cost us $330 million in annual revenues.  Once the economy recovers, we can look at new taxes on high income earners taxes and reverse tax cuts, if necessary, to manage the debt.

It seems as if Premier Pallister thinks the real crisis is one of provincial government debt, whatever the amount turns out to be, not the hardships people and businesses are facing as they lose customers, jobs, wages and security. The premier insists that we need all hands on deck to deal with this calamity, yet is unwilling to commit his government to do its part. Where our economy lands when we come out of the pandemic depends on him stepping up to the plate sooner rather than later: that includes using government borrowing for necessary expenditures rather than putting that burden on the backs of workers and business and, as a consequence, dealing the economy another blow.


[1] For workers at or below this threshold, they will retain 73 or 82 per cent of their wages, depending on whether they are furloughed for two or three days a week. We estimate that just under 60 percent of provincial employees fall under the threshold.The remaining 40 per cent face greater reductions. For example a worker making $100,000 will only get 58 per cent of their salary in the three day furlough and 72 percent with a two-day furlough.  The province has indicated that the federal government is willing to allow non-core government staff ($8 Billion total annual salaries) to access the workshare program but not the civil service ($1Billion in salaries). Economists and public administration scholars have suggested it would be highly unlikely that the federal government would approve the civil service inclusion. In our calculations that follow, we assume they are successful in including the civil service in the workshare program.