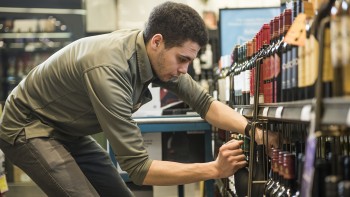 The town of Churchill has been through a lot - years of uncertainty about the future of the port, job losses, and record flooding that cut the rail line linking Churchill to the rest of the world.

Through all this, there were repeated calls for the provincial government to step in with more assistance for Churchill. Residents waited, but little came.

Finally the town has caught a break – rail service has been restored.  This will in no doubt help turn things around.  But while residents celebrate this achievement, they are left frustrated and confused as to why the province would shut down the town’s only Liquor Mart.  This will eliminate four jobs in the community, affecting these employees’ families and not to mention the damage to the local economy when they lose a business.  Manitoba Liquor and Lotteries says they are shutting the store down because although the store continues to turn a profit, it’s just not as high as other stores.

The MGEU has done a lot of research into privatization, including this CCPA report commissioned by the union to examine the issue. One of the key findings by the author was, “Manitoba has the highest revenue and net government income per capita from its sales of alcoholic beverages. It has the best results, at least among the Western provinces, in mitigating the harms generated by alcohol consumption.”  At a time when the current government could use all the revenue it can get, it’s questionable why they would be willing to forego the profits from the sale of alcohol in Churchill.  And its’ especially odd would do this at a time when tourism will start picking up again with the rail line back in service.

Sales of alcohol bring in millions of dollars to our provincial coffers. That money is in turn used to fund important services that Manitobans depend on like education, health care, and programs for kids and families to name a few. The Premier promised during the election that he would protect public services and the people who provide them. In the MGEU’s 2016 Election Questionnaire, we asked, “If elected, would your government privatize, restructure, or contract out public assets and services like Manitoba Public Insurance, Manitoba Liquor and Lotteries, Manitoba Infrastructure and Transportation, Manitoba Hydro or other provincial corporations/operations?”  The Premier responded with, “The Progressive Conservatives have made it very clear that we will keep public services public.”

Closing this Liquor Mart is clearly a broken promise to all Manitobans.

The fact is, our current public system of alcohol sales does a great job of balancing great selection and competitive pricing with social responsibility because Liquor Marts are dedicated to putting public safety before profits. Private stores often only give shelf space to the top selling products, meaning less selection, and profits from the store aren’t reinvested back in to the public services we all need.

Churchill has first-hand experience with the effects of privatization. Denver-based company, Omnitrax had no interest in repairing the only rail line into town, which they owned, because they cared more about their bottom line than the people of Churchill. The North needs the Premier to put the people of Churchill first. Keeping the town’s only Liquor Mart public is a small step in the right direction to show us all that he has our best interests at heart and is serious about the commitments he made to Manitobans.