Government Shouldn’t be Content with Underspending on MLL Social Responsibility 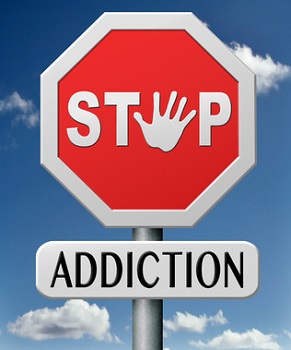 A recent investigation by the CBC has revealed that the government has been underspending on social responsibility through Manitoba Liquor & Lotteries, even though it is required by law to allocate two per cent of the Crown corporation’s net income to addictions research and treatment.

The requirement has been around for five years and the budget has reached about $12 million since then. But in 2015, $869,000 was left unspent, and that amount has more than doubled to $2.1 million this past year.

Within that budget up to $1 million was allocated each year in research grants. But that program was quietly cut at the beginning of this year.

The MLL’s Director of Corporate Responsibility, Bev Mehmel, says she feels that the savings are “actually something to be proud of.” But if you ask any Manitoban who is currently battling addition, they will tell you that unspent money could be better put to use in helping people take back their lives.

The Addictions Foundation of Manitoba (AFM) treats over 18,000 people each year in community and residential programs. But these services are strained. More residential beds would help cut down wait lists and help more people seeking treatment get timely support, for example.

There is also a good case to be made that investing in addiction treatment could save the province significantly more in the long run on health and social costs.

That’s the thinking behind the Alberta government’s announcement last year to invest $7-million in new post-treatment housing. While providing Albertans who need the help with a safe, supportive and stable place to help fight their addiction, the government also expects to save $4.1 million in costs every year from the initiative.

But fighting addiction isn’t about the bottom line; it’s about providing support to those who need it most and the government is morally, and legally, responsible to do so because it earns revenue by selling these products.

MLL is best suited to sell these products responsibly because, unlike private corporations, they are mandated to protect Manitobans through the safe sale of products that can be addictive. While the province earns a significant profit from gambling and alcohol sales, this revenue is not supposed to be their primary motivation. Part of the revenue they earn must go back into programs that curb addiction and advertisements that educate Manitobans about the potential dangers of drinking and gambling.

By not fully using the money that’s been allocated for this purpose, the government isn’t delivering on one of its key responsibilities.

With our province grappling with an opiate crisis and cannabis legalization just months away, it’s time for this government to get serious about funding programs that help Manitobans fight addictions.

Money left sitting up on the shelf won’t do that.