Private MRIs Are Moving Us in a Dangerous Direction 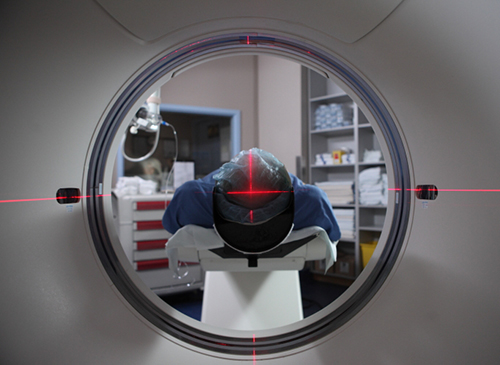 The following piece appeared in the August 30, 2017 edition of the Winnipeg Free Press.

There is an adage: if it sounds too good to be true, then it probably is.

This certainly seems to be the case with Niverville’s recent announcement that the town hopes to partner with a private holding company and build a user-pay MRI clinic in the community.

The investors are billing it as "an innovative community response for the common good." They claim when some of us pay, MRI wait times for everyone will go down. And profits and investment will be kept here in Manitoba, rather than trickling down to North Dakota.

That all sounds wonderful, doesn’t it? But only if you don’t think about it too hard.

Let’s start with claim No. 1: according to the Canadian Foundation of Health Care Improvement, countries with both public and private health-care systems always have the longest wait times. England and New Zealand, for instance, which have both public and user-pay hospitals, have longer wait times in their public systems than medicare systems such as ours.

This backs up evidence found here in Manitoba decades ago. Until 1999, cataract patients could choose to have their surgery at a private clinic by paying a user fee. While the fee was in place, Manitoba researchers found that patients whose surgeons worked in both public and private clinics had to wait 16 weeks longer — 26 weeks versus 10 weeks — than those whose surgeons practised only in the public system.

Turns out this was largely a staffing issue: there were only so many surgeons, and people can’t be two places at once.

The same goes, of course, for Manitoba’s radiation technologists. These highly trained people who run the MRI machines are already in short supply.

And if demand for privately paid scans is as high as advocates say it is (and the Niverville investors are banking on), then the technologists who perform scans for the private clinic inevitably will have to come from the public system, driving up wait times for the rest of us.

That bring us to their second claim: some people are already paying south of border to jump the queue. Why not keep that money here to make a few Manitobans richer?

The answer is because their profit-driven idea will not only increase diagnostic wait times for average Manitobans, it actually will allow the provincial Tory government to ignore solutions right under its nose.

The Dauphin hospital, for instance, already has completed an addition intended to house the first MRI in Manitoba north of the Trans-Canada Highway.

Staff already have been trained. Rural residents as far as The Pas finally are set to access diagnostic services that don’t require travel two days away from home. All that’s needed is the machine itself, already paid for and sitting in Germany, waiting to be shipped and installed.

In March 2017, however, the whole thing was put on hold by the government, which stated its Wait Time Task Force required at least a year of "further study."

You don’t need to live in Dauphin, or work in the health system, to imagine what this delay is costing Manitobans like you and me, both in dollars and wait times. So why isn’t the Dauphin MRI up and running?

I sure hope it’s not because they’re buying the Niverville investors’ claims — "we can help those with cash get diagnosed first, reward a few savvy business people and save medicare, all at the same time!"

And I sure hope it’s not because they’re considering investing our tax dollars in supporting and sustaining a profit-driven approach to health care that will not even come close to benefiting all Manitobans.

The vast majority of us say medicare — a system in which no matter who you are, or where you live, your access to health care is based on need and not the size of your bank account — is our most cherished public service. Most of us say it’s our most cherished thing about being Canadian. Even with our system’s challenges, it seems watching the United States debate about health care is enough to remind us that what we’ve built is precious, and worth fighting for.

The reality is that what would benefit all of us most right now is embracing solutions that are both ready to roll and addressing wait times within our much-valued universal system, as in Dauphin, or investing in more trained radiation technologists.

Let’s not get sidetracked by investors whose claims are simply too good to be true.