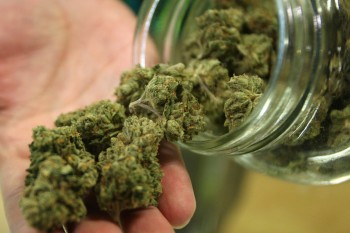 It’s only a matter of time before marijuana sales will be legalized in our country, and that means the Pallister government has some important decisions to make.

Not surprisingly, our members who work for Manitoba Liquor and Lotteries have their own recommendations for the provincial government. They are experts in the regulation and sale of liquor, a controlled substance, within a public system that has been designed to ensure the health and safety of all Manitobans. Perhaps better than any of us, they understand that a publicly-owned and operated system of marijuana sales and distribution, along with a robust regulatory environment, is the only way to keep public health at the forefront.

But they’re not alone.

Organizations such as Mothers Against Drunk Drivers (Canada) and the Centre for Addiction and Mental Health are both advocating for a publicly-owned system. And, it turns out Manitobans feel the same way.  According to a recent Probe Research survey, two out of every three Manitobans (65%) think marijuana products should be sold through government-owned and managed stores, similar to Liquor Marts.

In preparation for the upcoming legislation, and in addition to the survey, the MGEU also gathered research and compiled it into a position paper .  The paper addresses how the province should develop a public education campaign, put an impaired driving strategy in place to deal with drugged drivers and also how new addiction support measures should be expanded.  We’ve supplied this to the Minister of Justice, Health and Crown Corporations.

Under a system of stores owned and operated by the government, there’s no need to reinvent the wheel when it comes to establishing a model and standards for safe sales. Manitoba Liquor and Lotteries already has the existing infrastructure, with a proven track record of dealing with controlled substances in a socially responsible manner.  Staff are already trained in how to deal with intoxicated people and in ensuring that products do not get into the hands of minors.

There is also a very solid economic argument in favour of the government controlling the sale of marijuana. Sales revenue will pour hundreds of millions of dollars into public coffers that could be used to help the government keep its promise to protect public services.

In particular, the revenue from marijuana sales could provide real investment into underfunded addiction programs that help families and save lives. Or to fund public awareness campaigns and education programs to prevent “drugged driving,” similar to campaigns centered around drunk driving or texting and driving.

When it comes down to it, how our province decides to sell marijuana will be determined by what kind of community we want to be. Publicly-controlled sales allow us to keep safety and health a priority from the point of sale to potential challenges down the road.  It’s only common sense.