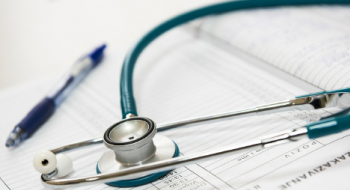 Every chance they get, the provincial government reminds Manitobans how serious they are about balancing the budget. It was a huge pillar in their campaign and continues to be one of their most reiterated pledges. Recently, the government announced that KPMG LLP has been awarded a contract to look into how our tax dollars are being spent in the health care system.

Manitobans should be deeply concerned with this review, because this is a movie we’ve all seen before. KPMG has a reputation and track record of privatization. Our members who work in the home care industry will likely recognize their name. This is the same firm that the PC government hired in the 90s to put together a report on privatizing home care.  At that time, it was proven that privatization would cost taxpayers more.

Something else you probably didn’t know is that KPMG did similar work in Ontario.  According to an article in the Globe and Mail, the Ontario Government paid KPMG more than $2.5 million for a report they did prior to privatizing Hydro One.

As well, if you dig a little deeper, KPMG was also used before liquor sales were privatized in Ontario. And, the city of Ottawa used KPMG to justify contracting out/privatizing the city’s snow clearing.

Manitobans should be concerned that this report will be a justification for cuts and privatization in healthcare.

If so, that’s not listening to what families want. Manitobans place great value in our public healthcare system. In a poll done by the MGEU this spring, 81% of respondents said they want healthcare kept as a public service, not privatized.

The Winnipeg Free Press reported that this study will cost $750,000.  We don’t need a big expensive study that costs taxpayers thousands of dollars done by a firm that promotes privatization schemes.  If the government wants real answers on how to improve and invest in our healthcare system, just go ask those that deliver the public services every day.

The government says KPMG will complete this work in two phases and an initial report is expected to be done by January 2017. Soon enough we’ll find out what they plan to do with this report, how it will impact healthcare services and if privatization is in our future.