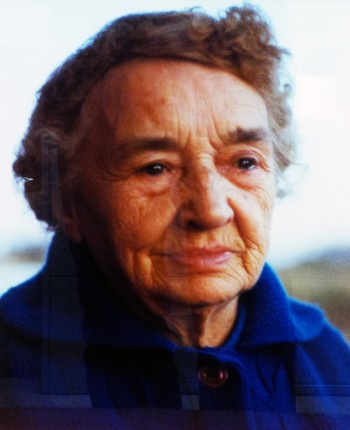 My name is Jim. I am a mental health worker in Dauphin and a member of the MGEU Equality and Human Rights Committee. In honour of National Aboriginal Day, I’d like to share a story about my amazing grandmother.

When my grandmother was born, she was immediately taken from her Mi’kmaq mother because she was conceived out of wedlock by an Acadian man. My great-grandmother held her for a few brief moments before she was abruptly taken and placed in an orphanage. It took an entire year before my great-grandmother found her and brought her home.

For much of her life, my grandmother experienced stigmatization and racism. When I was five, my grandmother took me shopping to a major department store just before Christmas. I was conscious of the sales ladies’ condescending glances at her, but really had my eye on a train set. My grandmother suggested Santa might bring it very soon, and I threw a bit of a tantrum, calling her “an old brown woman.”

Much to the sales ladies’ chagrin, she bought the train for me, telling them “he wants it so bad he is willing to act out for it!” They glared harder when she explained that I, such a white-skinned, hazel-eyed boy, was her grandson.

Later, she laughingly told my mother that I had only expressed what the sales ladies had silently stated with their glares and inattentive service. My grandmother embraced my boldness and had no tolerance for those with covert agendas.  She held fast to “telling it like it is” and “moving forward.”

With a twinkle in her eye, she liked to say that “we’re all black when the lights go out!”

Inside, she shone with the illumination of compassion; caring; progressiveness, inclusivity. She taught me to see the light that shines in everyone and that we must believe in that light over the clouds of oppression and disparity.