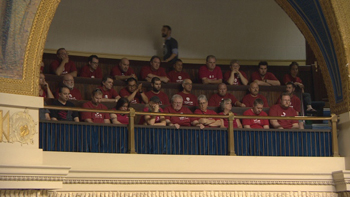 The Issue:
For many years, Manitoba has avoided major labour unrest or job actions.

The Pallister government’s changes to the union certification rules are fixing a problem that just doesn’t exist, and only makes it harder for everyday Manitobans to join a union.

Allowing workplaces where a majority of employees have freely declared they want to join a union by signing a union card to apply for fast-tracked certification eliminates the temptation for employers to intimidate their workers.

And an independent review by the Labour Board is held to ensure that the law has been followed.

A recent pan-Canadian study by the federal government confirms that where majority card sign-up is not allowed, rates of unionization are lower.

Stand up for fairness! Send the government a message that they must respect every Manitoban's right to join a union.