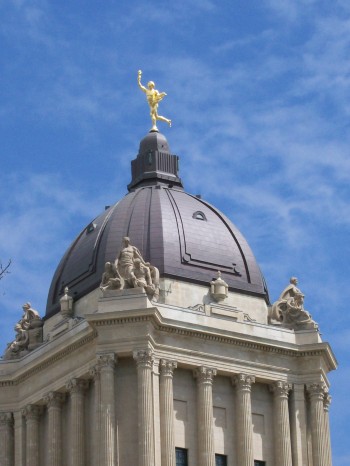 On behalf of the MGEU’s 40,000 members, I would like to offer congratulations and best wishes to Manitoba’s incoming Progressive Conservative government led by Brian Pallister. As always, our commitment to our members, and indeed to all Manitobans, is that we will advocate strongly for the protection and enhancement of public services. It is from this foundation that we hope to build a relationship with the new government, and there have been some positive signs that we can confidently begin down this road.

The Progressive Conservatives made a significant commitment during the election to keep public services public and to protect those services. I know MGEU members are going to hold the new government to these promises. We also heard a commitment to moving forward on self-regulation for paramedics, which is something MGEU has been advocating for as a way to improve patient care. Their promise to build more personal care home beds is very welcome – and we’re hopeful this will lead to more investments in our publically accessible homecare program.

As with any election campaign there are often issues discussed that are of concern, too. The Progressive Conservatives, while promising to keep public services public, have openly discussed their intention to utilize social impact bonds as a way to finance social services. Social impact bonds are a privatization scheme in which private companies earn profits from taxpayer-funded services. Our members are, for good reason, worried and skeptical about this and will be vigilant in opposing privatization in all its forms.

Our members are very concerned, as well, about the Conservatives’ aggressive agenda for cutting taxes and what this will mean for their ability to properly fund public services. Conservative tax cut promises during the election campaign would mean $300 million less per year for public services.

I know MGEU members are interested to find out what direction the new government will take over the coming months, and the union will make every effort to secure answers on our members’ behalf.  We’ve already made efforts to engage the new government on a number of these issues and will continue to work with them, through provincial ministries and the Premier’s Office, to find common ground and consensus on a path forward.

We are looking forward to being a strong voice in the debate about our province’s future, and improving public services. As always, we’ll be taking our direction from MGEU members as we chart a future course and begin this next chapter.