In the day-to-day business of a union like ours, it’s easy for the “little” victories to get overlooked. When thousands of members need help on issues and dozens of groups are at the bargaining table at any given time, sometimes we can’t take the time to draw attention to the little things that continue to grow our union.

Over the past few months, the MGEU has added members in a variety of sectors. In a union like ours, the growth is happening in community social services with personal care homes and community organizations continuing to organize. We have new Physician Assistants, youth workers, and health care support workers.

We’ve even seen growth in the private sector, as we now have two different groups from Imperial Parking (Impark).

The reason for this growth is simple. Now more than ever, the average worker needs their voice heard: at the bargaining table, in the workplace, and in the public domain. The political climate in Canada has been hostile to unions for some time. The protection offered by unions is being recognized as being very valuable to the workforce.

There were almost 5 million union members working across Canada in 2013, which is about 31 percent of the country’s workforce. Those workers earned, on average, $5.17/hour more than non-unionized workers because their unions negotiated fair wages and work hours. Those extra dollars on workers’ paycheques stay in the local economy. They get spent at local businesses, where they sustain jobs and support community services that add to everyone’s quality of life.

Unions like ours fight for safer working conditions, fair wages, good benefits for our families. Let's take a moment now and then to reflect on our successes. 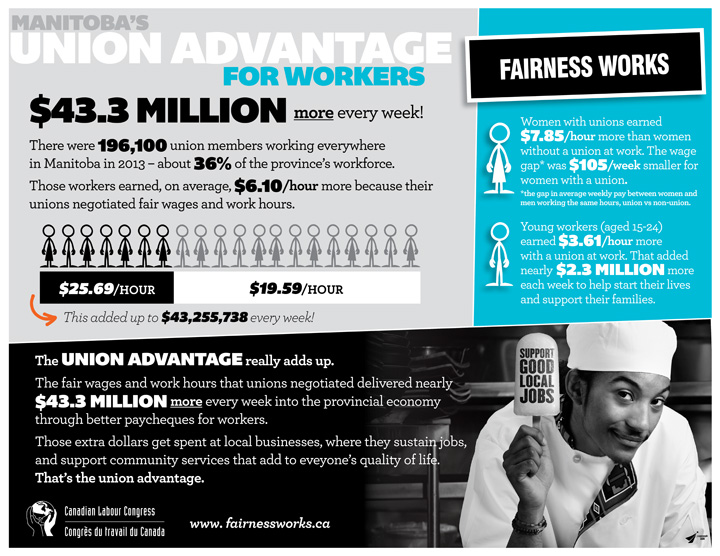