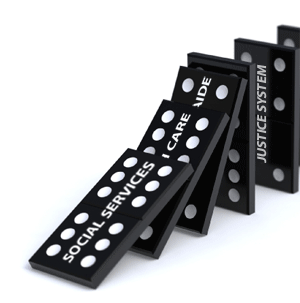 A long, cold winter and a reluctant spring have magnified the City of Winnipeg’s public infrastructure woes.

From frozen water pipes to rutted roads, citizens have had plenty of opportunities to see just how important a well-maintained public infrastructure is. In an earlier Unionbug post, we mentioned how Winnipeg emergency responders said snow-covered and rutted roads were increasing the amount of time it took for them to respond to an emergency. More recently, paramedics highlighted the danger potholes were posing to patients traveling in ambulances on city streets.

While this winter was exceptionally difficult on Winnipeggers, other Canadian cities (in varying degrees of severity) face similar problems as a result of years of underfunding and public infrastructure neglect. Part of this can be attributed to different levels of government arguing over capital projects and who pays what. But whoever’s responsibility it is, dumping millions upon millions of dollars into streets, highways and sewers hasn’t historically been the flashiest investment to sell voters on –not when we have so many other concerns, such as education, healthcare, taxes, and public safety.

Interestingly enough, with the sorry state of Winnipeg’s infrastructure, the issue might be gaining political momentum as a major priority with voters in the city. A recent Probe Research/Winnipeg Free Press poll shows nearly two in three Winnipeggers are concerned about the sorry state of the city’s infrastructure. That’s significantly more than other major civic concerns such as crime (18 per cent), jobs/economy (12 per cent), and taxation (9 per cent).

Unfortunately, it really is an example of you don’t know what you've got ‘til it’s gone. We’re now at the point where Winnipeg can’t afford to make all of the repairs needed (and hasn’t been able to for many years), particularly if the current taxation structure remains and the federal government continues the trend of downloading more responsibilities to provinces and municipalities.

Of course, infrastructure is but a smaller part of the broader picture here. It’s a symptom that highlights a major problem in the larger system: many public services are underfunded and when they fail it has consequences on other services.

For instance, the amount of time home care workers are allotted to assist their clients has been reduced over the last few years. This means baths, meals and medicine checks must be done as quickly as humanly possible so that workers can rush away to their next client. If a disabled home care client develops a pressure ulcer because their care provider did not have time to do a thorough skin check, they end up back in hospital. That ulcer can take months to heal, and that’s one more burden on our already overextended and costly acute care hospital system.

If a worker doesn't have the time to assess a client's well-being one day and notice he’s taken two doses of his blood thinner, the client will fail to the point where living in his own home is no longer an option. He will be moved into a personal care facility, where the cost of caring for him on a daily basis will be much higher.

Community social service agencies that deal with addictions, poverty and abuse are another example. These agencies are always just getting by with the limited funding they receive. If they don’t get enough or are forced to close their doors for good, people don’t receive the help they need –this puts more pressure on other social service agencies. If that client continues to struggle, they often end up in hospital or in jail, putting further strain on the health care and legal systems.

These aren’t simple problems with simple solutions. Crumbling infrastructure and under-funded services can have a domino effect on other services. Public sector workers are seeing the examples. In some cases, like paramedics navigating pothole-laden roads, this ripple-effect goes in directions that aren’t easily anticipated. If we don’t adequately invest upfront in public infrastructure and services, we’ll end up paying far more in the long run and let a lot of services and Canadians suffer in the process.